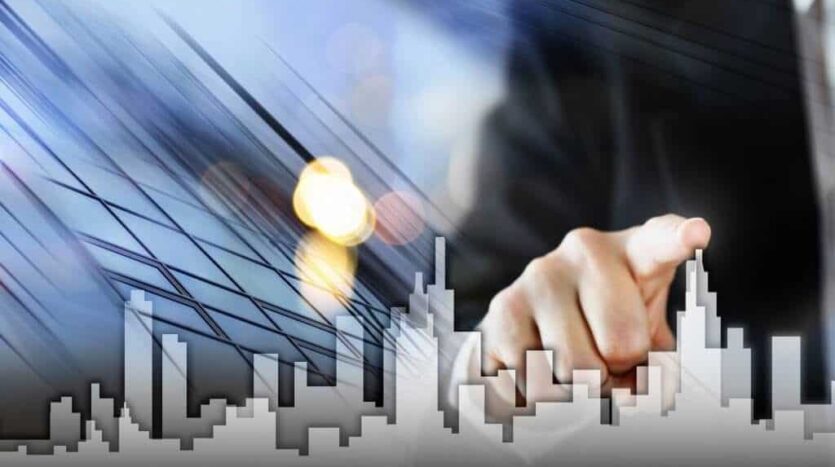 The real estate market in India has been deemed to be a very good ground for investors for years now. Not only real estate investors in India love this sweet spot but also NRIs from around the world and other business persons always keep looking for some chance to own a good piece of property in India and this has been possible because of the investment-friendly policies of the government. The second-largest employment generation sector after agriculture, real estate contributes about 6.3 percent to India’s gross domestic product (GDP). The foreign direct investment (FDI) in the sector is expected to touch US$ 25 billion in the next 10 years from its current US$ 4 billion.

The sector’s progress is driven by factors such as rapid urbanization, a growing trend towards nuclear families, positive demographics, rural-urban migration, ever-developing infrastructure, higher income levels, and housing demand. The real estate sector, with its growing investment opportunities, was expected to go past the annual revenues of US$ 180 billion by 2020 if things had remained unchanged since 2014. However, we all know things have changed quite a lot since the past few years and have impacted the entire economy and hence the real estate sector is no exclusive.

Let us now take a look at how the times were and how they are; to get an idea about they are going to be in the future:

The market dynamics for the real estate sector in India had seen a gradual rising by the year 2014 and this progress was not only confined to only the highly urban metro cities but also in the smaller towns and rural cities. These areas not only saw a rapid growth in housing and residential complexes but also commercial and industrial segments.

The real estate sector of India was projected to post annual revenues of US$ 180 billion by 2020 against US$ 66.8 billion in 2010-11, a compound annual growth rate (CAGR) of 11.6 percent. The demand was expected to grow at a CAGR of 19 percent in the period 2010-2014, with Tier I metropolitan cities expected to account for about 40 percent of this growth. Mumbai, Delhi-National Capital Region (NCR), and Bengaluru cater for 46 percent of total office space demand in India. This demand is expected to be rise sharply in Tier-II cities such as Kolkata and Chennai in the period 2010-14.

The Indian retail real estate sector was projected to grow at around 15 percent year-on-year over the next 3-5 years from 2014 as against the 12-13 percent nominal growth of India’s GDP estimated by the International Monetary Fund (IMF). If the sector had managed to grow at the same rate as it was growing in the 2014 phase of its life, it was estimated to touch 34 trillion rupees (US$ 544.73 billion) by 2016.

The construction development sector, including townships, housing, and built-up infrastructure garnered total FDI worth US$ 22,671.95 million in the period April 2000-August 2013. Construction (infrastructure) activities during the period received FDI worth US$ 2,280.95 million, according to the Department of Industrial Policy and Promotion (DIPP).

Some of the major investments and developments in this sector are as follows:

The following are some Government initiatives that have given a boost to this sector:

(information found on the ibef.org webpage)

The market finds itself plummeting. Demand starts to decrease as well as sales. Even in the tier-1 metro cities, Delhi and Mumbai, which usually see an ever-growing demand for properties, see a decreased demand and return.

New Delhi: Housing sales in 2017-2018 declined by a major 40 percent compared to its previous years of 2015-2016. In 2017 there were only 2,02,800 units sold in the major seven cities from even the average sales of 2013. This is said to be because mainly due to the sharp fall in the property in the NCR sector of Delhi according to the property consultant ANAROCK.

While studying and researching on the real estate market of the seven major cities in the country, namely National Capital Region (NCR), Mumbai Metropolitan Region (MMR), Pune, Kolkata, Chennai, Bangalore, and Hyderabad, said: “From observing residential market trends over the past five years, it clearly emerges that 2013 and 2014 were the last years where things still looked vibrant for the sector. Housing sales began plummeting after that, and there is no clear revival in sight as yet,” ANAROCK Property Consultants Chairman AnujPuri.

The major problem that these developments faced is that during the under-construction period, the highly metropolitan cities like the NCR and the MMR faced an investment drop of about a major 68 percent. This hampered them more are these cities are majorly run by investment and investor’s activities.

This trend was sad, not confined to these two megacities only but the cities like Chennai and Bengaluru which also are on the radar for investors and speculators saw a plummeting market of about 17 percent and 48 percent respectively.

“A recurring element in the above findings is investor activity or, to call a spade a spade, speculator activity. While both investors and speculators buy property for profit – as opposed to end-users, who buy homes to live in – the two terms are not interchangeable,” Puri said.

Puri said that speculators primarily target short-term profits, and usually lack any real knowledge about real estate as an asset class and the performance of different markets. On the other hand, he said real estate investors tend to have a much better understanding of the property market and put in the right amount of analysis of different markets and the trends that drive them.”Speculation has played havoc with the Indian real estate market, and the fallout of speculative activity in previous years is still being felt today,” Puri added.

(Information found on the economictimes.indiatimes.com webpage)

India’s real estate market remains weak and residential construction and sale keep on going down. As we saw above except the city Hyderabad which recorded an impressive rise in double digits in its real estate market. In addition to this, India’s lowering GDP and performance in the world economy has not been able to stand on the expectations of the growth added to the problem at hand.

Even residential construction and sales are falling. In the second quarter of 2019, only 37,852 housing units were launched in India’s 9 major markets (including Ahmedabad, Bengaluru, Chennai, Gurugram, Hyderabad, Kolkata, Mumbai, Noida, and Pune) this launching number is a 47.4 percent lower than the year earlier, except in the Gurugram sector of Delhi, all other cities show a fall in new launches in 2019.

Demands also remain down and depressed. The second quarter of 2019, as we were talking about, recorded a market fall by 10.8 percent to 71,957 units as compared to the same period from the year earlier, according to PropTiger.

“Home sales may see some improvement in the times to come with the Reserve Bank of India lowering repo rate to record low”. Banks have also been lowering interest rates to pass on the benefits of policy transmission among homebuyers.” said PropTiger.

“A foreign national resident in India does not require the approval of RBI to purchase immovable property in India. This is because once he is a resident in India, he gets rights like any other resident. This freedom is however not available to citizens of Pakistan, Bangladesh, Sri Lanka, Afghanistan, China, Iran, Nepal, or Bhutan. However, a foreign national of non-Indian origin resident outside India cannot buy any immovable property in India. It is illegal for foreign nationals to own property in India unless they satisfy the residency requirement of 183 days in a financial year (a tourist visa lasts for 180 days). It is also illegal to buy property on a tourist visa.

Moreover, the property cannot be purchased jointly in the name of one eligible person with one non-eligible person. That means a non-resident Indian (NRI) or foreign national of Indian origin (PIO) cannot buy a property jointly with a foreigner.” (Information is taken from the globalpropertyguide.com (GBG) webpage)

While the adverse impact of the Covid-19 virus has already been felt in the world in the entire world, different sectors have been impacted in varying degrees and different ways but everyone, every country, and every sector are certainly being under its impact for sure.

Owing to the global health emergency the whole world is under lockdown and the businesses have also come to a forced halt. The researching agencies have already predicted an all-time low in the global growth and development of economies. In India, the growth was already expected to slow down to an 11 year low, in March 2020. But the situation is expected to get even worse if the virus is not contained soon.

Although different researchers and knowledgeable people have come up with varying quantifications for how the virus is going to impact the real estate market in India, we should be careful before acting and check the credibility of the source and act accordingly but also carefully and knowing what suits us and what is right for us. Your right could differ from my right, so keeping all that in mind; let us look at what is expected out of this situation.

Mumbai: Deepak Parekh the chairperson of the Housing Development Finance Corporation (HDFC) said that said the real estate prices in the country would correct by up to 20 percent in the wake of the coronavirus pandemic and the resultant nationwide lockdown.

“Prices of real estate have to come down, and will come down,” Parekh said in an address to real estate developers at a webinar organized by the National Real Estate Development Council (Naredco). “I believe Naredco’s estimate is around 10-15 percent. One must be prepared for even 20 percent,” he added.

For potential home buyers, who have job security or cash flows, it will be an excellent buying opportunity, he said. “Real estate is an immensely important asset class, and the value of global real estate was more than the value of all the stocks and bonds combined,” he said.

Parekh reminded that the Indian real estate market was continuously seeing a plummet and was going through a prolonged pain of various kinds for various reasons such as economic stress in certain segments, high leverage, and tight liquidity, and rising non-performing assets (NPAs) in construction finance.

“The irony is that while the government announced incentives for affordable housing by various means, they coincided with the world’s deepest crisis,” Parekh said.

(Information found on the economictimes.indiatimes.com webpage)

Although the real estate market has seen its ups and downs and is currently going through a hard time, that does not means that it does not hold the ability to bounce back and is expected to bounce back within some couple of coming year. Meanwhile, it is a good time to invest in the sector and help it bounce back, and more than anything India has a very hopeful future as a competitor for other developed countries shortly. When the light will be bright again the markets and values or the real estate in India are most likely to rise exponentially. Not only will that benefit the investors and builder and all the other operators in the Indian real estate market but that will also help the entire Indian market as a whole. So, it is the best time to put your coins in, as the iron is hot and this is when it should be hammered.